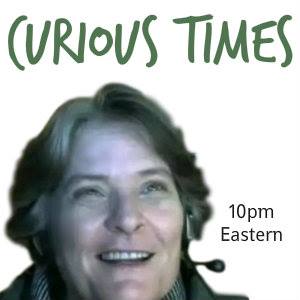 Larry Glen Johnson was born in Hamilton County Ohio. His family originally from Kentucky and moved back to Lincoln County Kentucky when he was 6 years old. As early as he could remember he always had a passion for Caves, Ancient Native American Artifacts, Treasure Hunting, Dinosaurs, & Fossils. At age twelve he found his first perfect arrowhead in a plowed Kentucky tobacco field. Many mornings Larry & his best friend would hike into the woods with their Bowie knives strapped on their belts & return at dusk.

He would go on to explore many uncharted Kentucky Caves, make several unique discoveries like Ancient Petroglyphs carved into the wall of a Kentucky Cave, remnants of a very old moonshine still partially buried in a cave, & even a very old stone house of unknown origin built in a cave. Sometimes he would obtain permission from local farmers to hunt artifacts in their fields, one day finding 60 arrowheads. At the site of Fort Paint Lick in Garrard County Kentucky he discovered a very old piece of metal buried in the ground with the initials DB on it, miraculously exposed by a cow’s hoof which had pressed deep into the ground. Could the initials stand for the legendary frontiersman Daniel Boone? Boone did come in to Kentucky with Colonel William Miller who built the fort. Perhaps his greatest discovery was a 400 to 500 year old prehistoric skeleton which he and his colleague found in a remote part of the Kentucky wilderness. The skeleton was examined by an Archaeologist & Coroner, and was dubbed the Creelsboro Mummy.

Some of Johnson’s work on the subject of treasure hunting has been published in news papers, local and national magazines. Johnson was featured on WLEX-TV 18,s Mystery Monday, where he searched for a legendary giant prehistoric worm said to once inhabit a Kentucky Cave. He was also featured on Kentucky Educational Television’s Kentucky Collectible’s Show where he showed & talked about a Spanish Sword that was discovered in a Cuban Cave which was over 300 years old. Johnson has also appeared on some local Radio shows in Kentucky & holds an open water & advanced Padi Scuba Diver’s License. He is working on his associate degree & has hopes to become an Archaeologist. He is also an avid collector of ancient artifacts with a great passion for his hobby.